A Manual of Moral Philosophy 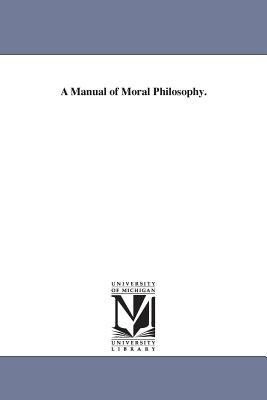 "The author has endeavored in this treatise to comprehend all that is essential in a manual of ethics, with a view equally to precision and to conciseness. He has not thought it necessary to controvert views other than his own; for conflicting opinions are apt to bewilder rather than to enlighten those who are not adepts in the science, and it is better to supersede false theories by the clear statement of the truth than to enter into their formal refutation. Thus, for instance, as regards utilitarianism, instead of exposing the fallacies of its several types, the attempt has been made (in Chapter III.) to set them aside by assigning to expediency its legitimate secondary place as a principle of action. Among the author's chief motives in the preparation of this manual has been his desire to give emphasis to his view of the ground of Right, as consisting in intrinsic fitness, independent of any will or arbitrary law human or divine, and essential as furnishing the only standard by which we can attain a knowledge of the Divine attributes. The ground of Right is the basis of Moral Philosophy, and must of necessity determine the validity and worth of the system built upon it. Next in importance to this is the classification of the virtues which constitute the Right. Here it is not sufficient to enumerate the prominent traits which enter into a good character. The division should be exhaustive, and in this treatise the four cardinal virtues are so defined as to embrace the whole of human duty, and so divided, it is believed, as to give its due place to every head of moral obligation. Another prominent aim in this book has been to present the Christian religion and morality in their true relations, as at once mutually independent, and in the most intimate and helpful alliance, inasmuch as Christianity creates some classes of obligations, reveals others, intensifies all, and furnishes the only motive power that can insure their fulfillment"--Preface. (PsycINFO Database Record (c) 2005 APA, all rights reserved).